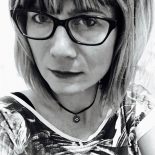 HUMANS AND MACHINES AT WORK This edited collection is now in production/press (Palgrave, Dynamics of Virtual Work series editors Ursula Huws and Rosalind Gill). This is the results of the symposium I organised for last year’s International Labour Process Conference (ILPC). We are so fortunate to have 9 women and 3 men authors from all over the world including Chinese University Hong Kong, Harvard, WA University St Louis, Milan, Sheffield, Lancaster, King’s College, Greenwich, and Middlesex researchers, two trade unionists from UNI Global Union and Institute for Employment Rights, early career and more advanced contributors.

In the era of the so-called Fourth Industrial Revolution, we increasingly work with machines in both cognitive and manual workplaces. This collection provides a series of accounts of workers’ local experiences that reflect the ubiquity of work’s digitalisation. Precarious gig economy workers ride bikes and drive taxis in China and Britain; domestic workers’ timekeeping and movements are documented; call centre workers in India experience invasive tracking but creative forms of worker subversion are evident; warehouse workers discover that hidden data has been used for layoffs; academic researchers see their labour obscured by a ‘data foam’ that does not benefit us; and journalists suffer the algorithmic curse. These cases are couched in historical accounts of identity and selfhood experiments seen in the Hawthorne experiments and the lineage of automation. This collection will appeal to scholars in the sociology of work and digital labour studies and anyone interested in learning about monitoring and surveillance, automation, the gig economy and quantified self in workplaces.

Chapter 4: There is only one thing in life worse than being watched, and that is not being watched: Digital data analytics and the reorganisation of newspaper production. Xanthe Whittaker

Chapter 5: The electronic monitoring of care work – the redefinition of paid working time. Sian Moore and L. J. B. Hayes

This entry was posted on March 30, 2017 by Quantified Worker.